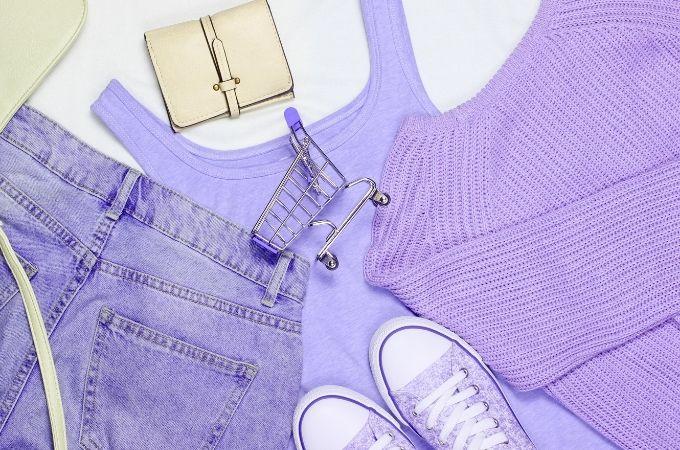 Although catwalk shows are not allowed this Haute Couture season due to the limited audience, that doesn’t mean that fashion houses aren’t making big moves. Maria Grazia Chiuri, Christian Dior, showcased her spring/summer collection in a tarot-card-inspiring 15-minute film. It was shot at a Tuscan castle and directed by Matteo Garrone.

The film follows the protagonist as she walks through the castle following her tarot reading. She meets her tarot cards from the Fool to Justice and brings to life the collection with both feminine and masculine looks.

It was a captivating, creative and magical piece of escapism in these uncertain times. It was a blockbuster presentation of a stunning collection, full of extraordinary evening gowns that were woven throughout like a Renaissance tapestry.

In a press release, Dior stated that Tarot cards were “one of the keys to accessing magic realms, to explore the unknown while fearlessly searching deep within oneself.” “Maria Grazia Chiuri felt a connection to these imaginary worlds. The visual language whose symbol lexicon is rich with complex and fascinating characters was rich in her imagination.” Dior released a press release. But it was the craftsmanship that stole show. The collection featured a range of ultra-luxe fabrics, including lace with handpainted and hand-embroidered details, luxurious jacquard weaved in metallic detailing, silk tile layered over organza and elegant chiffon, as well as exquisitely tailored velvets and satin.

Highlights include golden velvet with signs of the Zodiac, floor-length caps adorned with multicoloured feathers and jacquards with stars. Lace inlaid with handpainted embellishments, lace with crystals and a fully embroidered sundress with a lattice made of handmade pearl and flower motifs on pale lace. Openwork bodices were featured with Pietro Ruffo’s illustrations. Dior grey is also available in organza, cashmere, tweed and cashmere on shirts, skirts and trousers. The Bar jacket has been reimagined in black velvet. “Its curves are reinterpreted to express an new attitude,” says Dior. Dior also released a making of video that highlights the cinematic process by Matteo Garrone, with an interview with him.

These are the top five men’swear looks for FW21

FashionUnited has compiled five key looks for next season from the fall digital runway formats and shows.

Statement knitwear should be bold in colour and have interesting patterns. This trend was embraced by many designers for their FW21 collections. The category was flooded with innovative designs by designers who presented directional sweaters that were bold, distinctive, and not so subtle. The look was summed up at Jil Sander by a bold, retro, and comfortable brown and candy-apple green chunky knit. A JW Anderson pansy-patterned cardigan, complete with matching shorts, was a joy to see.

Along with formalwear, stiff, constructed suits have been banished from wardrobes all over the world. It has been replaced by a more casual, tailored version, which uses tactile materials and is focused on comfort and casual wear. Lemaire is the best at this, as layers of earthtones in soft wools and cottons blend workwear and homewear. The pieces are pared down and sophisticated enough to wear indoors and outdoors. These pieces are comfortable and easy to wear, thanks to their spacious cuts.

Fashion BuyEvery brings garments that are instantly recognisable by their design to mark a moment in fashion history. These could be anything, from unique accessories to the aesthetic value of catwalk separates that make fashion lovers spend or justify their purchase. Prada’s FW21 leather jackets or long johns are two examples. Louis Vuitton’s colourful belts in chunky colours and Dior’s collaborations with Peter Doig, both from France, spring to mind. Fendi’s iPhone necklace cements the small bag craze in menswear.

Glenn Martens, Urban CowboyY/Project’s creative director, is a die-hard denim nut. His urban cowboy references in FW21 have made it easy to fall in love again with jeans. You’ll find modern-day layered chaps and a cowboy boot embroidered jean, as well as dreamy western references.

Or, in this instance the Mackintosh & trenchcoat. This is a classic outerwear piece that can be found across all FW21 collections. The trench at Louis Vuitton was large and bulky, while Dries van Noten’s gabardine coat is more modern. A single-breasted version is worn by Ermenegildo Zégna, which suggests business as usual. It’s wise to buy a timeless, reliable coat that will last for many years.

8 Things You Must Do to Launch a Fashion Brand

What is Rembrandt Lighting?

7 Best Anniversary Gifts for Your Partner

Good Reasons Why Traveling On The Ghan May Be Better

8 Things You Must Do to Launch a Fashion Brand

Ursolic Acid in Health and Disease

How to save money at Belk?